If you’ve ever driven through Ione, located in the southern part of the Gold Country at the junction of Highways 104 and 124, you’ve no doubt wondered about the big brick building on the hill overlooking the town. That would be Preston Castle or, as it was officially called, the Preston School of Industry.

Founded in 1894, Preston Castle, constructed of sandstone and granite bricks made at Folsom and San Quentin Prisons, is the most remarkable example of Romanesque Revival architecture in the Mother Lode. With seventy-five rooms on five floors, 257 windows, and a gargoyle-decorated tower, the approximately 50,000-square-foot structure has a commanding presence, in keeping with its origins.

The Preston School of Industry, in its heyday, housed up to 800 wards at a time. Wards? Yes. The facility, which grew to include around 50 buildings, was a detention center for young criminals, orphans and, during the Depression, some unfortunate boys dropped off by parents who couldn’t afford to care for them.

Life at Preston Castle wasn’t easy. When a boy arrived in the school’s early years, he was unceremoniously dunked in a lye bath to rid him of bugs. Run like a military school, the wards wore uniforms, marched in rank, and were subjected to corporal punishment for infractions. Some, like the school’s most famous alumni, country singer Merle Haggard, escaped, only to be returned by local citizens eager to claim a reward.

Despite the rigors, the Preston School of Industry offered food, shelter, and a quality education. Boys spent half a day in classes and the other half learning a trade, including farming, baking, carpentry, masonry, and more. By 1945, the school was able to offer high school diplomas to its graduates, many of whom went on to live productive, law-abiding lives.

In 1960, the school was relocated to a new facility. Since the castle was scheduled to be demolished, the state encouraged local citizens to invite their friends and come take what they wanted. And they did. Fireplaces, moldings, and more grace homes and businesses throughout the area, including the Firehouse Restaurant in Old Sacramento, which boasts the impressive winding staircase that used to provide access to the tower. 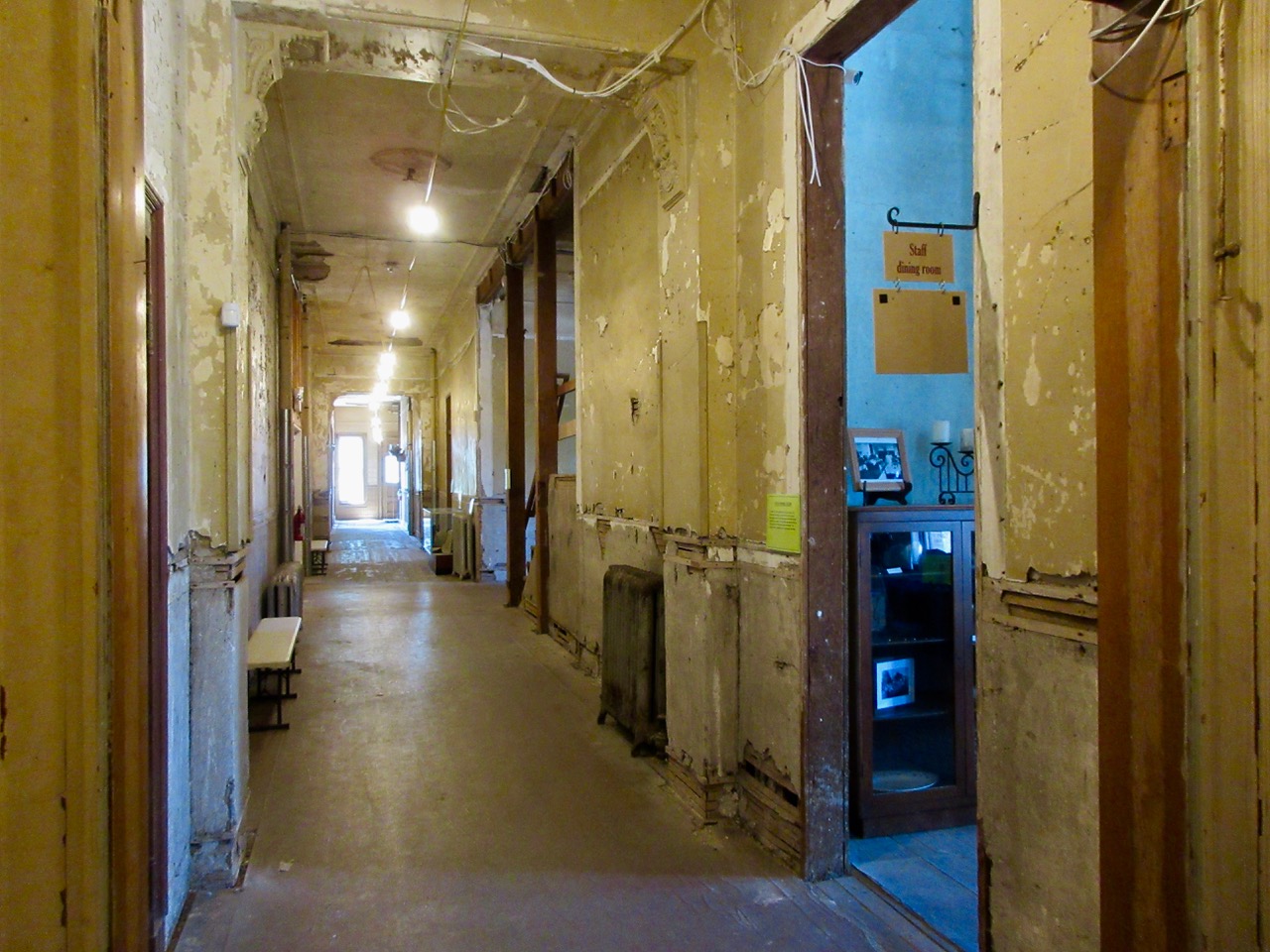 Thankfully, this historic gem wasn’t torn down, and we’re able to enjoy it today. Sadly, the years of neglect have taken a toll. The fact that the state sold most of the slate roof tiles, leaving the building open to the ravages of rain, didn’t help. Although crumbling and badly in need of renovation, Preston Castle is lovingly cared for by the Preston Castle Foundation, which is raising funds to restore this magnificent building to its former glory. Each time I visit, I witness the progress being made.

Public tours of Preston Castle are offered most Saturdays from April through August, with the 125th anniversary taking place June 29. Guided tours are $20 and self-guided $15, with a $5 discount for children twelve and under. Follow this link to learn more about the castle, schedule a guided tour or get directions.